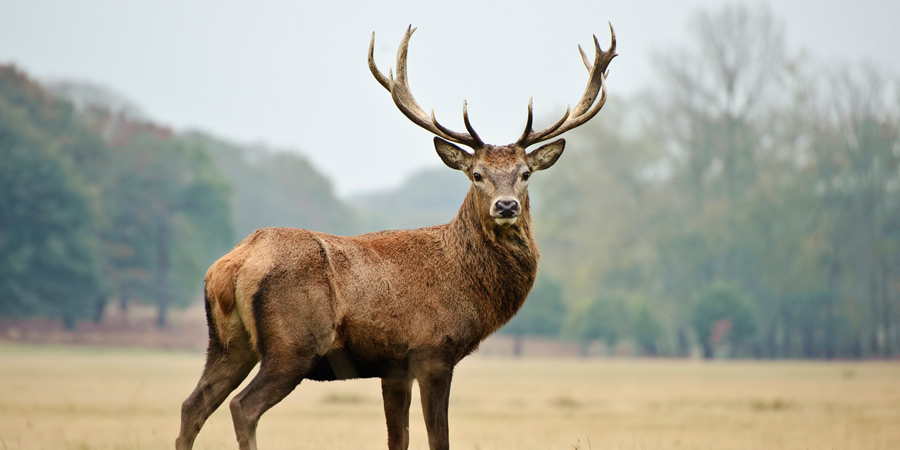 Effective utility vegetatiomanagement (UVM) begins and ends with safety. It’s a founding principle of ACRT, Inc., and we strive to uphold it in everything we do.

Staying safety conscious extends across all aspects of UVM. It’s not just the tools and techniques you use every day—it’s understanding your environment, too. Animal encounters may not always be at the forefront of your mind, but they’re no less an ever-present safety threat. Do you know the best way to minimize your chances of a deer strike while driving from site to site? The proper protocols for entering a residential yard with a dog?

Read on as we take stock of some of the more common creatures found where UVM workers perform their duties, and the essential safety tips you should know in the event of an encounter.

UVM workers spend a significant amount of time in their vehicles on their way from site to site. Coming into contact with deer while driving isn’t uncommon; the Insurance Information Institute estimates that 1.6 million deer/vehicle collisions occur each year, resulting in 200 casualties. Whether in the city, suburbs, or further out into the wilderness, deer strikes pose a safety hazard that UVM workers must take care to avoid. This is especially true during deer mating (or “rutting”) season, typically coinciding with autumn, when deer are at their most active. This typically occurs around the same time crops are harvested.

While we know canines are “Man’s Best Friend,” approaching an unfamiliar dog has the potential for serious injury. Dogs continue to be a major threat to ACRT’s foresters, and it’s why we place significant importance on dog bite prevention training in our operations. Nearly 5 million people in the United States are bitten by dogs each year, highlighting the need for following appropriate protocol in an encounter.

The likelihood of encountering a bear may be less likely than a dog or deer, but is potentially more dangerous if the wrong action is taken during an encounter. Bears aren’t always the immediate, vicious threat they’re sometimes perceived as—they certainly don’t hunt for humans, but will attack if threatened.

Keep an eye out for the following animals as well; while they may be less of a threat, or encounters less common, knowing how to handle an encounter goes a long way in avoiding an attack or injury.

According to the U.S. Food and Drug Administration, poisonous snake bites in the United States cause fewer deaths each year than bee or wasp stings? Nevertheless, the simplest tip to avoiding a snake bite is to leave any snake alone. Don’t try to capture or kill it, as 70-80 percent of bites occur this way. Wearing 8” boots is a good precaution; 90 percent of bites happen in the ankle area while inadvertently stepping near a snake.

Though classically found in the South, wild pig populations have spread across approximately 39 states. While not inherently dangerous, they can be a threat if cornered. Making quick movements or sounds will usually cause the pig to go off in a different direction.

Precautions for these potentially dangerous cats are much similar to that of a bear. Don’t approach; attempt to make yourself appear larger and speak in a loud voice; and never, ever run. Also refrain from crouching, lest you make yourself appear more like a mountain lion’s typical four-legged prey.

Cattle may seem largely benign, but they could be wild animals like any other in this article. Don’t enter their pens unless absolutely necessary, and seek the landowner before doing so. Don’t approach, pet or feed cattle. Cows with calves can be dangerous and aggressive, and can charge unexpectedly. Bulls, meanwhile, are extremely dangerous and aggressive, and likewise as with bears or mountain lions, DON’T RUN, and don’t turn your back on a bull.

As with all best safety practices in the UVM field, the most important thing you can do to avoid a wild animal encounter is maintain sharp awareness of your surroundings. With these tips in mind, UVM workers can travel more safely and confidently in environments where animal encounters are most likely.