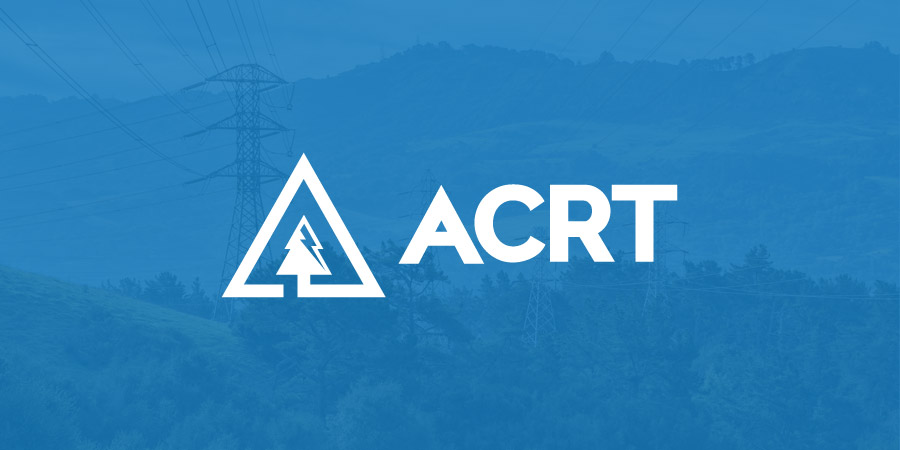 For years, the Vegetation Management (VM) at Salt River Project (SRP) dispatched work to our tree crews by handing them a folder with one or more maps. Tree crews would identify work that needed to be done and then execute the pruning and removal. Once complete, crews would turn in the completed folder. VM staff would record the work completed in our SmallWorld mapped environment in a layer called “Arbor.” Between work assignment and completion, VM had little visibility into what was happening in the field and, except for weekly verbal reports, little knowledge of where crews were working. Additionally, the amount of work required to map the completed work orders into the Arbor layer was simply too inefficient and costly.

Even with the addition of a third party to assist with pre-planning and permitting, our VM team knew automation and streamlining were needed. We also knew that if we had an inventory of vegetation across our service territory, it would be easier to plan work. These were serious needs because, as of that time, the VM team had yet to complete a distribution cycle on time. Transmission cycles always finished on time due to regulatory requirements, but that often meant our teams and contractors focused exclusively on transmission lines between November and February — while distribution lines waited. Over a two-year cycle, that meant VM was typically six months behind.

This was one part of the challenge we were facing at SRP. But when our VM team learned that the Arbor layer was no longer going to be supported (and that we had less than a year to identify a replacement), the need for a new solution was urgent. A number of outside vendors and their platforms were considered with respect to our timeline and budget, but after careful evaluation, we determined the most cost-effective solution with the shortest time to implement could, in fact, be built by our own GIS team.

We successfully configured an app that allowed the VM team to automate the influx of information, better capture tree inventory, and affect a significant change in role-based work dispatch and completion. We were also able to integrate our contracted partners into the new solution. But what would we name our new automated solution?

Arbor II was created as a way for the VM team to catch up to and eradicate the consistent distribution lag. Using our in-house development team, we successfully completed the Arbor II work management application in 2016. In keeping with our current work cycles and processes, SRP identifies a specific region of our service territory requiring vegetation management work. This area is mapped out in Arbor II and released to our third-party vegetation management consultant, ACRT, to assess numerous aspects of the area, make tree prescriptions, and input all data into Arbor II.

ACRT pre-planners are equipped with a pictorial representation of our overhead 12kV and 69kV distribution lines. As vegetation is inspected along rights-of-way and in customer neighborhoods, trees are marked, quantities and species are identified, potentially aggressive dogs or homeowners are indicated, and dates of when a neighborhood or lot was entered are collected. All of this information is captured by ACRT personnel in the field.

This new process has significantly increased and enhanced our overall productivity and the accuracy of our information. We are now able to capture data remotely and view it immediately thanks to WiFi and cellular data sync.

Once the assessment of the mapped region is completed, the required tree prescriptions and any other vegetation-related work are released to tree crews in their respective layer within Arbor II. Work is identified as L (lift) or M (manual), so the type of work crew needed can be viewed upfront.

As an aside, the collaborative efforts between our pre-planners and work crews have paid dividends. Thanks to a system of benchmarking, prescription testing, and comparison, both parties jointly identified the best path forward toward achieving SRP vegetation management goals and are on the same page at all times. An immediate result of this collaboration is efficient completion of work for each region.

Arbor II brought many immediate and post-implementation benefits, such as faster data capture and cataloging, better visibility into the vegetation and customers throughout our service territory, better decision-making via data, and increased productivity due to collaboration between our consultants and work crews. These were a boon to our operations, but the true value rests in what Arbor II has allowed us to accomplish over time.

Simply by launching Arbor II and eliminating the need to map out the different areas of our system requiring vegetation work and customer notifications, we were able to realize a quantifiable savings of 5 percent in a single year. Another long-term benefit with a significant impact on our bottom line rests in the customer satisfaction realm. There are two components to this, the first being the launch of Arbor II and the second being an internal decision to transition to a 100 percent customer notification model.

Prior to the development of Arbor II, work required on customer streets was performed without necessarily informing residents. This was not a sustainable model, as it led to complaints and pressure on our consumer affairs ombudsman office. With the launch of Arbor II and the decision to notify all customers near where our teams would be working, customer complaints have dropped significantly. All customers are now notified of work to be performed in advance, and no intervention is needed from the ombudsman office.

Another benefit tied to the ease of data capture is the manner in which different lines were being worked on. Prior to Arbor II, SRP worked 12kV and 69kV lines in separate cycles, even though 12kV lines are often underbuilt on 69kV lines. Crews would pass through the same areas twice — treating the two voltages separately due to each having a separate budget tied to them. The same was being done for higher voltage transmission lines. This is no longer the case. Now, we are working lines at the same time and all year long, so as not to end up months behind on cycles that were already short in duration. As a result, SRP is tracking ahead of schedule for both distribution and transmission lines at the midyear mark for the first time. And while SRP is at midyear, our work isn’t standing still at 50 percent complete. In fact, we have completed 84 percent of our work for the year, with the remainder slated for early Q1 of 2019.

The Future of Arbor II

While Arbor II has been up and running for nearly two years, the platform won’t stop with distribution and low-voltage transmission. Work is already underway on Arbor II-T — a transmission-specific version of Arbor II focusing on 230kV and 500kV transmission lines.

Beyond that, enhanced reporting features are being developed to enhance lead time. This past year, metrics were put in place for tree crews and pre-planners. Rather than having crews focus on completing whole regions as the target, SRP is asking for crews to complete a run of 900 units of trees or brush as a finished metric per week. To ensure crews are able to fulfill that goal, ACRT pre-planners must generate that much work in advance of the crews passing through. This has led to a lag-time metric of 6–8 weeks between permit and trim. We have achieved this goal in some areas, while others are closing in. Once realized system-wide, a system of robocalls and other advance customer notification will be implemented as an additional touchpoint for our customers.

Additional plans are in the works, but for now, our focus is on fine-tuning and further developing Arbor II and Arbor II-T to continue our goal of improving operational efficiency, lowering tree-related outages (currently 2 percent of all outages at SRP), and improving our service to our valued customers throughout our service territory.

View this article as it appeared in Utility Arborist Newsline